So I'm in Bangalore for work at the moment and today turned out to be pretty eventful.

Since arriving I've been experiencing these very short light-headed spells which pass within a few seconds. Nothing serious or more frequent than about twice a day. This morning I woke up to my tummy telling me there's an important meeting I need to attend in the next room. So I obliged and was sure to get there on time. I'm sure you can guess what happened so I'll spare you the details.

Anyway all seemed good after so I popped down to breakfast. At breakfast I noticed my first little light-headed phase for the day which I put down to being hungry and as usual it passed quickly. I munched a hearty breakfast and then made my way to the office. I then worked without any problems until about 12:15 when my tummy suggested I had another appointment to attend. I stood up to oblige and started feeling light-headed. It faded and then returned with a vengeance just as I entered the bathroom... I blacked out and collapsed onto the floor for a few seconds. Thankfully my tummy delayed my appointment.

Once done I went back into the office and informed my host manager. He suggested I relax for a bit and then he'd take me back to my hotel. So relax I did. About 30 minds later I had another black out whilst sitting in my chair and came to to find a colleague holding my head up whilst another force fed me water and then glucose in water.

This time it took me about 5 mins to completely recover and I experienced some interesting visual effects and focusing was impossible. I was however coherent and managed to tell my colleagues to call the international assistance Oracle provides for employees travelling for business - I'd just opened their web page before blanking out. After a short chat with the doctor on the phone it was decided that it would be best for me to go see a doctor and they made the relevant arrangements.

I was then escorted by two colleagues and a security guard in a taxi to a hospital about 8km away and informed it would take about 30 mins in Bangalore traffic. By this time I'd necked about 1.5 litres of water with glucose and was starting to feel much better, so much better that I joked I could run 8km well within 30 mins. My colleague gave me a "Not right now you can't" look and smiled politely.

The ride to the hospital was nowhere near the white-knuckle ride I'd experienced from the airport, but it was still a bit hairy. Once at the hospital, I was guided into the emergency department and started to feel really embarrassed... emergency rooms are for real emergencies; my dicky tum was hardly an emergency. Anyway after a short consultation, the doctor diagnosed gastroenteritis and severe dehydration, despite me having drunk over a litre of water that morning already. She however ordered an ECG just in case I had an undiagnosed heart condition. Despite it being quite antiquated and used rubber suction caps instead of sticky plasters, the ECG machine did its job and thankfully it came back all clear. As for when or where I'm likely to have caught the bug: the doc said it could have been any time within the last 5 days (which includes the UK and my BA flight) as some bacteria can take that long to incubate. My dizzy spells could be related or just from dehydration from my flight which I hadn't managed to get on top of. Of course the restaurant my colleagues took me to lunch yesterday, the office canteen or even the posh 5* hotel could have all been responsible.

I was then given a litre of saline via a drip, prescribed a course of antibiotics and some tablets to help settle and relax my tum, told in no uncertain terms to avoid food from outside my hotel, only drink bottled water and after about an hour of them chasing up the insurance company to make sure they'd pay the 900-odd rupees for my treatment, I was sent on my way. One of my colleagues kindly drove me back to my hotel - thanks Balaji.

So whilst I thought I'd been careful inasmuch as ensuring I only ate piping hot food, I don't think I was vigilant enough. For the first time in a very very very long time, my stainless steel stomach has been beaten :-( .

I'm now in the bar of my hotel enjoying the "best" of "happy hours" (yes, both of them) drinking complimentary posh water whilst watching South Africa play the West Indies in the cricket. They'd better win ;-)

On a slightly strange side note: my hospital folder was one that has been used before (no wastage, I like that) however I think it belonged to a new born baby before me. On the inside cover was written "20/01/2012 Wgt: 16kg"... note the date: that's my birthday :-D What are the odds of that happening?

So all in all an eventful day and a huge thanks goes to my colleagues... they were all brilliant. I didn't get to go to the botanical gardens as planned so will save that for another day. I did however managed to get some photos I thought I'd never get... 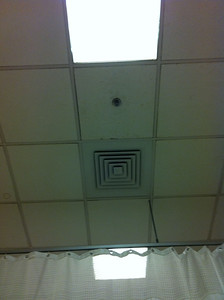 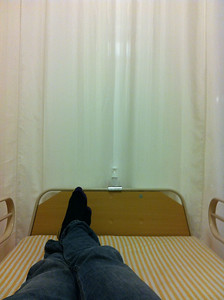 This weekend will be spent relaxing, probably reading my Kindle by the pool.

Update: I feel much better today and I think I know the source... the beaker of water I had with my lunch at the Punjabi restaurant on Thursday.