I received an interesting link from Alan today regarding Tottenham Hotspur: 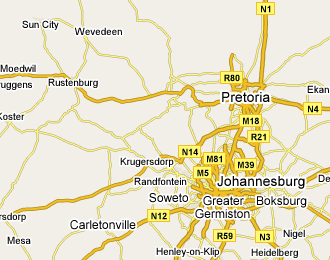 Nice one lads. I'm sure the players will continue to deliberately swear at the ref, or take someone out, once in a while just to ensure the charity doesn't lose out ;-) By any chance, was Rustenburg chosen for it's close proximity to Sun City and the Pilanesburg Nature Reserve?

Whilst I'm not a big football fan (maybe I should become one), I've not heard about any of the other clubs making such large contributions to charity and their local community, except Liverpool - all that equipment that will be knicked from the building site of the new stadium will certainly help a few enterprising Scousers in the local community :-) .