For good or bad, 23 June 2016 will go down in history as the day Britain voted to leave the European Union; the first country to do so. 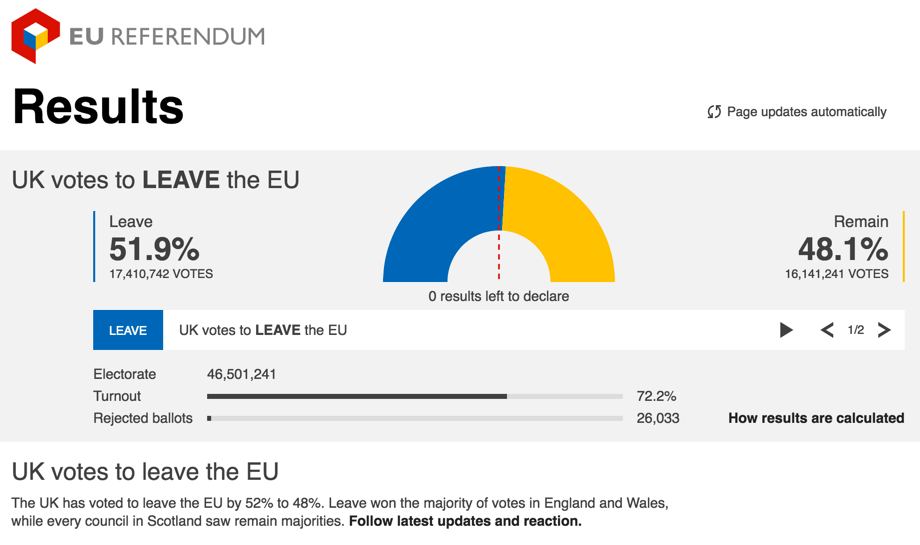 Where was I when this went down? Singapore, the fourth most expensive city in the world, for RedDotRubyConf, and it literally got more expensive for me overnight as the Pound took a hammering too.

It's going to be a very interesting and bumpy ride over the coming years and think about it, we'll now have something other than the weather to moan about :stuck_out_tongue:.